On a provincial basis, tourism unemployment rates ranged from 2.7% in Prince Edward Island and Saskatchewan to 7.0% in Manitoba.

Tourism employment comprised 11.6% of the total Canadian labour force for the month of September. 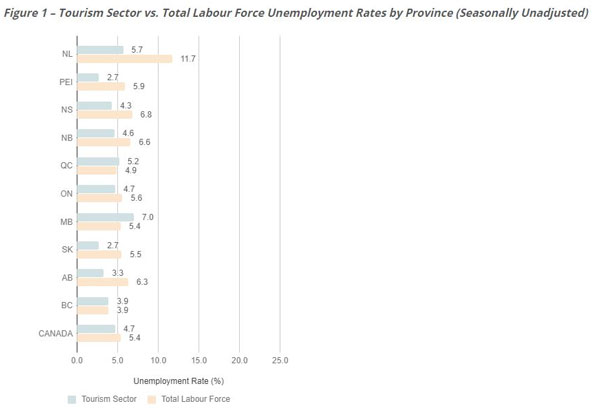 ² As defined by the Canadian Tourism Satellite Account. The NAICS industries included in the tourism sector are those that would cease to exist or operate at a significantly reduced level of activity as a direct result of an absence of tourism. Source: Statistics Canada Labour Force Survey, customized tabulations. Based on data for the week ending September 15, 2018.