With the exception of Recreation & Entertainment and Transportation, all tourism industry groups reported lower unemployment rates than the same month last year (Table 1).

On a provincial basis, tourism unemployment rates ranged from 3.3% in Saskatchewan and Manitoba to 10.2% in Newfoundland and Labrador.

The seasonally unadjusted unemployment rates for tourism in each province were below the rates reported for the provincial economy (Figure 1).

Tourism employment comprised 11.6% of the total Canadian labour force for the month of June. 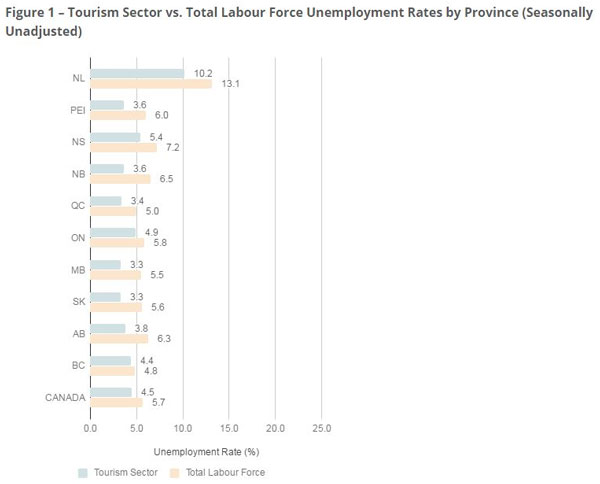 ² As defined by the Canadian Tourism Satellite Account. The NAICS industries included in the tourism sector are those that would cease to exist or operate at a significantly reduced level of activity as a direct result of an absence of tourism. Source: Statistics Canada Labour Force Survey, customized tabulations. Based on data for the week ending June 16, 2018.