On a provincial basis, tourism unemployment rates ranged from 2.4% in Prince Edward Island to 6.5% in Newfoundland and Labrador.

The seasonally unadjusted unemployment rates for tourism in each province were below the rates reported for the provincial economy (Figure 1).

Tourism employment comprised 11.9% of the total Canadian labour force for the month of July. 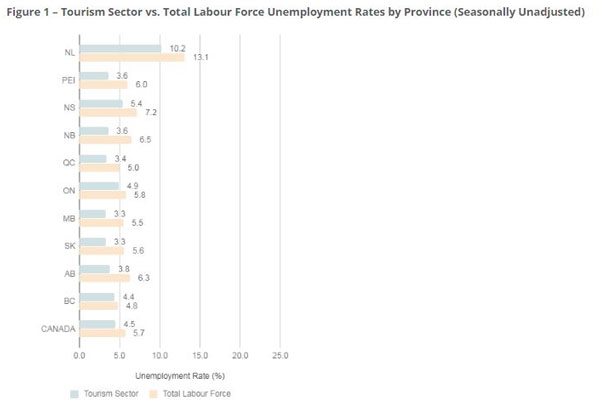