On a provincial basis, tourism unemployment rates ranged from 0% in Prince Edward Island to 6.3% in Saskatchewan.

Tourism employment comprised 12% of the total Canadian labour force for the month of August. 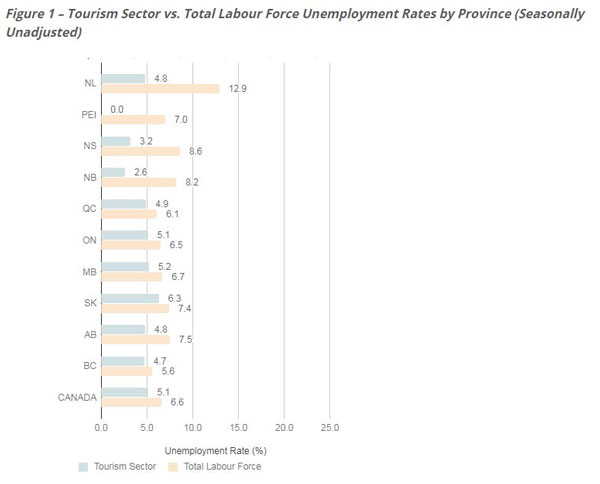